Warning: "continue" targeting switch is equivalent to "break". Did you mean to use "continue 2"? in /homepages/3/d628491147/htdocs/clickandbuilds/ServiciosPblicosascifishortfilm/wp-content/plugins/revslider/includes/output.class.php on line 3468
 What have I done with my life? – Servicios Públicos, a sci-fi short film
X

I turned 35 this week. Blame it on a rush of anniversary melancholy or on birthday cake intoxication, it’s inevitable not to look back at all the time invested on this project and wonder if everything is worth it.

Time really goes by in a blink of an eye. I look at the pictures of when we shot this film back in 2005 and I can’t help feeling a terrible outburst of anguish and anxiety. Just to contextualize what we’re talking about here, I’m Benjamin Piñeros. I’m a filmmaker. And I’ve spent 6 years of my life working on my first short film, Servicios Públicos.

The film, as some of you may know, is shot entirely against blue screen. Every single shot has multiple layers of C.G.I., including complex cityscapes and characters that I decided to do all by myself. Though I’ve done some other stuff in that time, like some little gigs in advertisement and work as 3D artist in an animated feature called Little Voices, my film has been my main priority and the center of my life throughout all these years. I have rejected numerous job opportunities, spent all my savings and sacrificed relationships in order to accomplish this project.

I could have outsourced all this work to a post production company as soon as we got the live action footage in the can. In that scenario, surely this film would have been finished years ago, without me having to pull a single 3D vertice. It’s also very likely that my life could be a lot easier if I’ve made that choice. But I didn’t.

Why? you may ask. Well, in part because I’m a complete asshole and I always need to make everything extremely complicated to have my daily fix of “sense of accomplishment”. But in the end I just wanted to make something very cool to show the world anybody can do it. That’s it. I really want people to know that anybody can defeat destiny, social prejudice and fear and really accomplish whatever they want.

I know this sounds a lot like corny bullshit, but I really mean it by heart. I didn’t know much about 3D when all this started. I just wanted to do it. Why does a guy like Don Hertztfelt make his films in such an exhausting way? Why did Beethoven spend so much time on each of his symphonies? Hell how should I know? They just did it. Whatever their reasons to take such tortuous roads, it gives their work a special glow that fucks you up for life. It inspires. Silent, relentless and painful as a virus, it gets inside you and turns your world upside down. Everything loses proportion in the face of achieving something so grand with your own hands. I really believe inspiring work changes the course of destiny. It makes people realize life is much, much more than working day in, day out to pay a mortgage. It takes a gun out of the hand of a kid and replaces it with a spray can. It gives a motivation to bear a shitty job frying burgers. It can even turn a lawyer into a good person.

Just kidding there… nothing can do that. 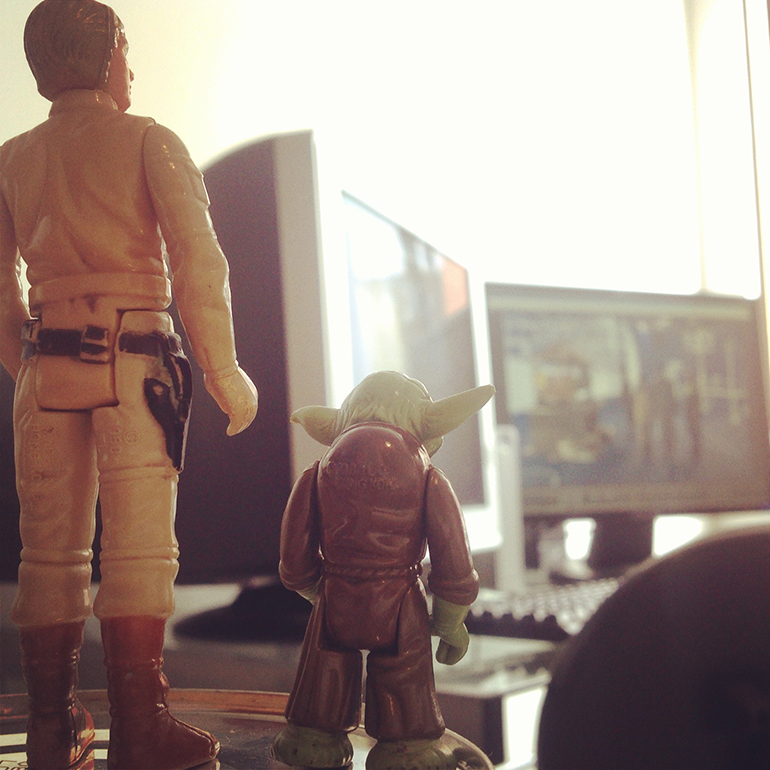 The reasons why I got on this boat are clear to me. The thing is, time is becoming heavier and heavier each year. I am beginning to feel older for the first time in my life. You know, that thing you never thought you’d get you when you are a teen. To age. And I’m really afraid that everything that I’ve sacrificed so far is just too valuable for the film to make up for it.

All those missed concerts, my eternal bankruptcy and the heaviness of solitude is beginning to take its toll. I spend so many hours sitting in front of the computer, my back is beginning to hurt as if I was abused by a fucking rhinoceros. And speaking about physical contact, I haven’t slept with a girl for 3 y… no wait, for 5 ye… hmm, for a long time. Everything will be worth it if at least I could make one person persist on anything, make someone think “Hey, if this skinny motherfucker could do this by his own, why shouldn’t I follow my own dream?”

I know nothing lasts forever, and neither will this. I’m very close to finishing the entire 3D modeling process. After that, I’ll have almost a hundred parts to unwrap and texture, and then I’ll have to do all the character animation in order to begin final rendering and compositing. The plan is to nail that this year. I will try more or less to document this last phase of post production in this diary, spilling out all my rants against the world and myself. I never made a diary when I was a kid in fear that somebody could know my feelings, and now I’m starting a diary for all the world to see. It’s just plain stupid. But I’ll do it anyway. Could be fun, who knows…

3 COMMENTS ON THIS POST To “What have I done with my life?”