Warning: "continue" targeting switch is equivalent to "break". Did you mean to use "continue 2"? in /homepages/3/d628491147/htdocs/clickandbuilds/ServiciosPblicosascifishortfilm/wp-content/plugins/revslider/includes/output.class.php on line 3468
 Costume design: The city dwellers – Servicios Públicos, a sci-fi short film
X

Costume design in Servicios Públicos was an enormous undertaking for such an inexperienced crew like ours. We had the huge challenge of designing and creating garments for 25 extras for under $800 dollars. Money was scarce, coffee was strong. How on Earth were we going to pull off a black & white Blade Runner with so little money?

At the beginning of the 19th century, Bogotá’s population was composed mostly by peasants and farmers. Hay hats and rope soled sandals were the norm amongst the masses, while top hats and extravagant tall hairdos were more characteristic of the wealthy minority. At the turn of the 20th century, the breach between the rich and poor diminished noticeably due to decades of sustained economical growth and the settlement of various generations of city dwellers. Soon, hay hats were replaced by fedoras and ponchos were exchanged for fancy suits. From the 1920’s to the 1950’s Bogotá was an elegant and refined city, referred in the whole continent as the “South American Athens”. That general mood, reminiscent of belle epoque London and New York was exactly what we were looking for.

Daniel Roa, our Art Director is one of the most gifted illustrators I’ve ever seen. Everybody in the team knew we had something very special going on with his designs. Our budget was so scarce we couldn’t afford creating the costumes from scratch, so we hunted for garments in second hand stores and pawnshops and hired Marleny Reyes, an extremely skillful tailor to transform the clothes into the concept artwork. 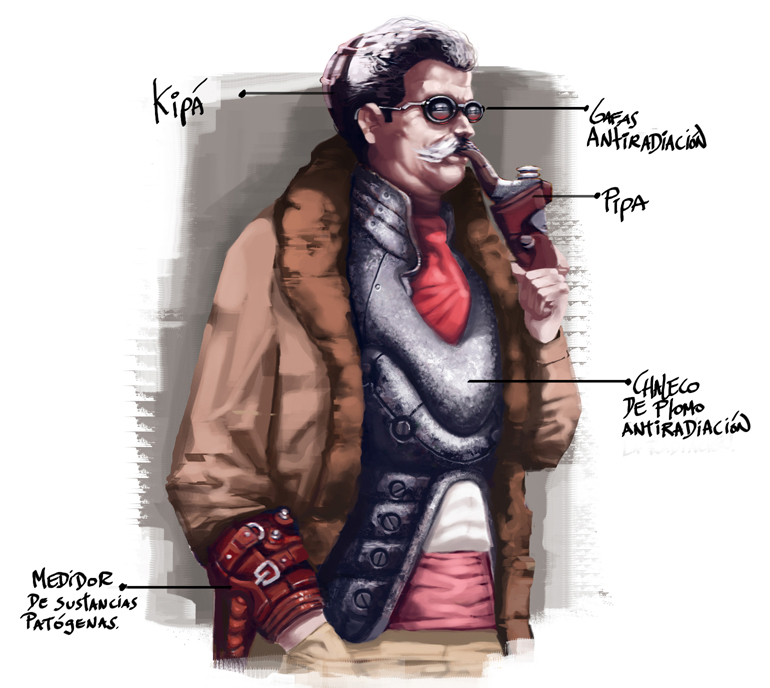 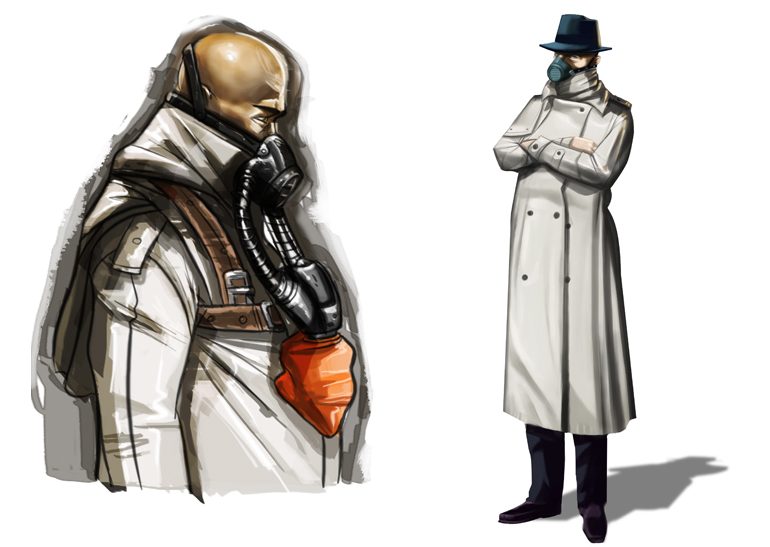 Aside from the restriction of not being able to use anything blue because of the blue screen, our priority was to aim for contrast rather than for a particular colour palette. We subjected our kind actors to many fitting tests where we shot them walking against a small light screen to check out the cloth’s movement and contrast. To be honest, at plain sight the costumes really looked terrible. The colors not always seemed in harmony and everything felt just plain awkward. But they gained their real dimension when color corrected to black & white. If only you people could have seen the reaction of the actors when wearing the costumes for the first time! They all pulled a face of discomfort like saying “Am I going to wear this shit for real?” 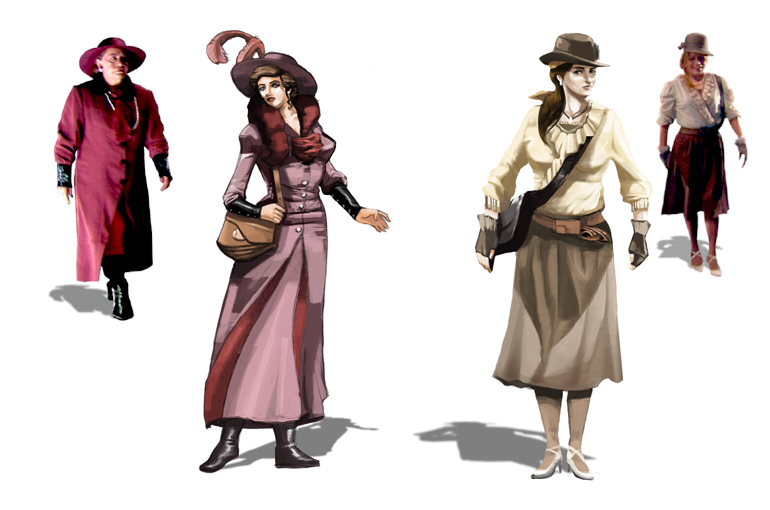 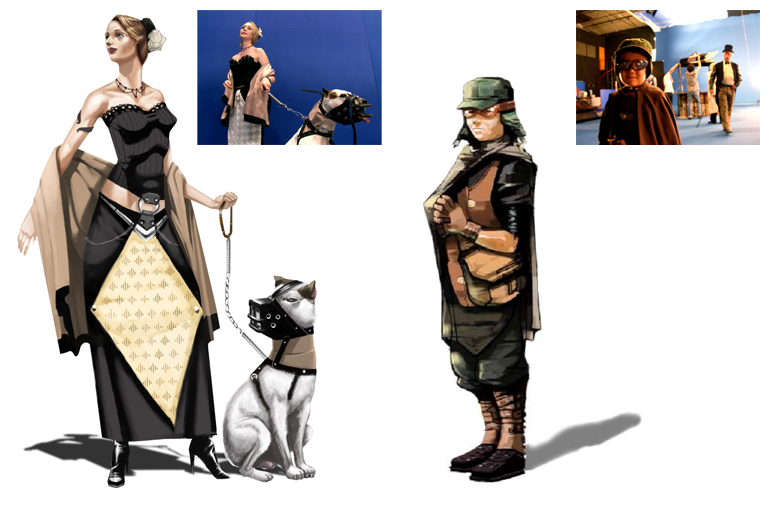 Servicios Públicos is a film where almost everything the audience will see on screen is computer generated. We have to build an atmosphere of complicity with the viewer in order for this imaginary world to be believable and surprising. When we began our casting process, Linda Madrigal our Casting Director had the clear objective of looking for real, everyday regular looking people. There is not a single city in the world were you go out on the street and find that everybody looks healthy, tanned and fit like in a soda commercial. We wanted to stay miles far away from any possible stereotype and go for the real, everyday crowd of any city.

Ms. Madrigal interviewed more than a 100 people to pick the 25 extras that would populate our imaginary streets. One of the most funny and special things that happened in the process of creating Servicios Públicos was that despite our not so great pay, all the actors that served us as extras bonded like a real family and coped with our clumsiness with extreme patience and affection. Throughout the numerous costume fitting sessions we made, they built real life friendships amongst them and with the crew. Many things in this movie kind of fell into place like a perfect LEGO set. It’s not at all common for a movie to receive such dedication and love from every single person involved. I think we won the grant money with our hard work. But hard work alone is not enough to deserve to be blessed with the nicest crew one can ever have.

concept art costume design daniel roa
« Previous Post
Creating a digital city Next Post »
What have I done with my life?

2 COMMENTS ON THIS POST To “Costume design: The city dwellers”