Warning: "continue" targeting switch is equivalent to "break". Did you mean to use "continue 2"? in /homepages/3/d628491147/htdocs/clickandbuilds/ServiciosPblicosascifishortfilm/wp-content/plugins/revslider/includes/output.class.php on line 3468
 What’s this film about? – Servicios Públicos, a sci-fi short film
X

Servicios Públicos is a science fiction short film along the lines of Orwell and Huxley, that depicts a day in the life of Angel Samsa, a petty thief  that dares to defy the authoritarian government of a stylized and gritty version of Bogota, Colombia.

The production design is aimed to place the story in a world that looks decisively futuristic, with its flying taxis and talking, intelligent robots, but feels somehow a vestige of a past long gone, with heavy nods to early 20th century modernism and technology. We wanted to create a world that can’t be identified with any specific time period. Past and future in the same frame…

I’m a huge fan of early silent film and have always been in love with that dreamy, winsome look and feel of the classic black and white movies of the 20’s and 30’s so I have to say, Servicios Públicos is also a personal homage to classics like A trip to the Moon by the George Melies and Fritz Lang’s Metropolis.Everyone that has seen the test footage so far immediately relates to Sin City, but though I admire Robert Rodriguez’ fantastic film, our influences go way back further in time.

This story is set in a dark, cluttered version of Bogotá under the control of a totalitarian regime that relies heavily on technology to exercise the rule of law. Citizens are surveilled by ordinary home appliances that can turn into sentence executioners when subjects are caught in flagrancy. The dirty work is done by the same objects that surround us everyday. 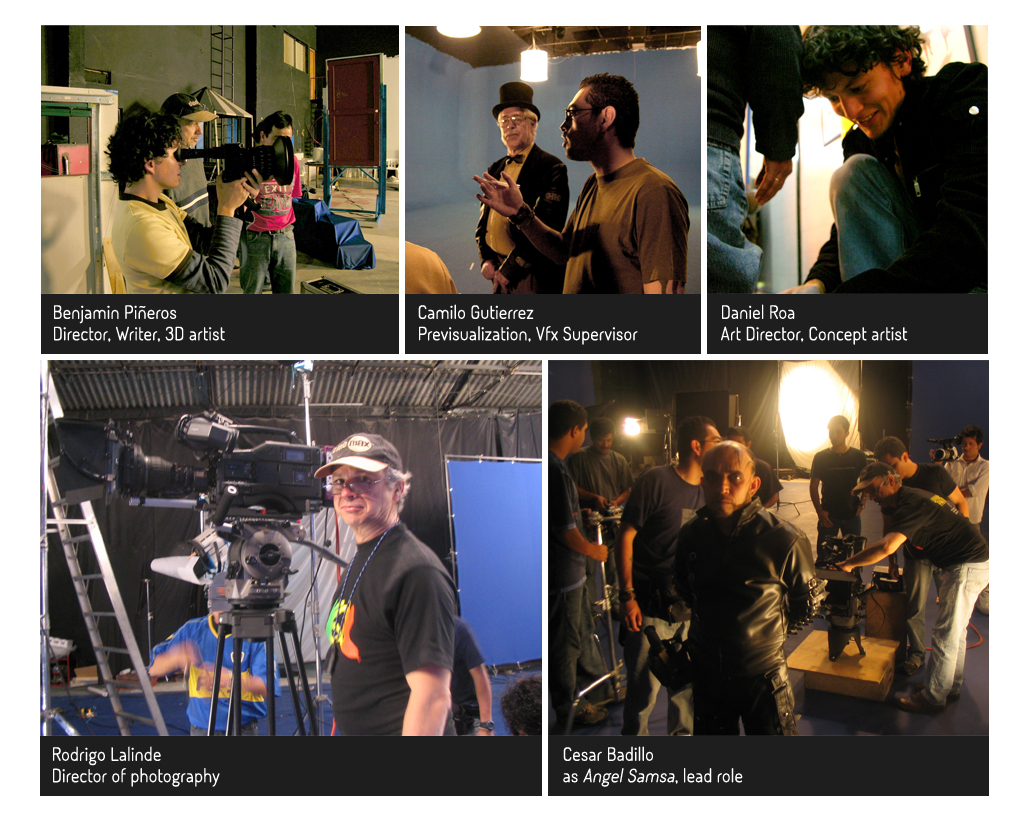 If you give it a thought, it’s not something very far from what’s happening right now. At this very moment, your operating system registers your keystrokes, search engines know what you read and social networks recognize your face and can pinpoint your exact location. The most scary thing is that opting out is not just a matter of shutting down our computer anymore. We are tracked with our phones, with our sneakers, while in our car and even with our fridge. What I wanted to do in the screenplay was to extrapolate this techno craze and put it in hands of an all powerful, totalitarian state. Technology in service of society control. NSA anyone? 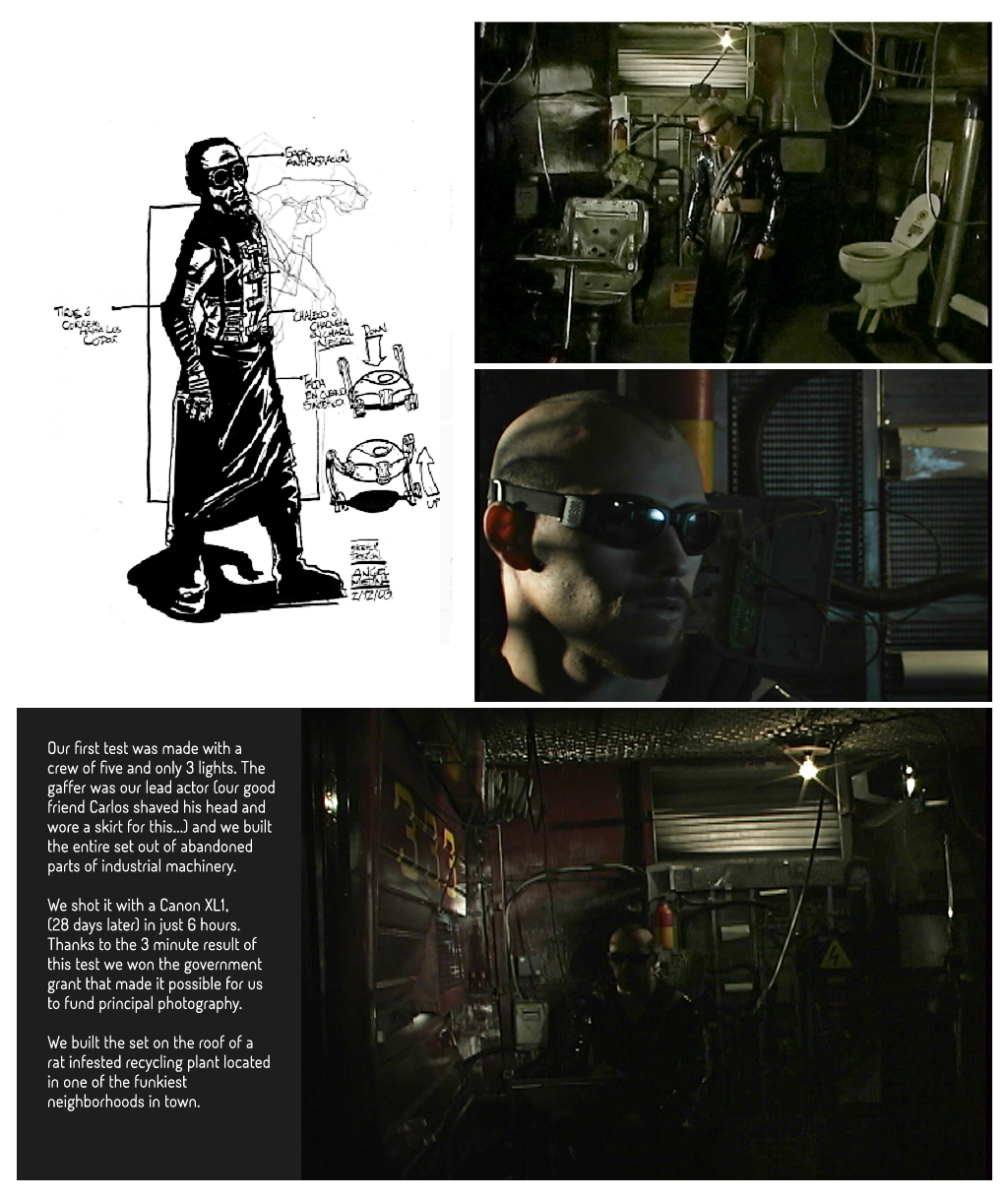 We were able to take the screenplay all the way into principal photography thanks to funding from a $10.000 government grant. We won it by submitting a little vfx test we did at an abandoned recycling plant, shot with a Canon XL1 with a budget of more or less $300 bucks. We used like 5kw of light and a crew of six friends, including our gaffer/actor. We had to learn 3D Max from scratch, and composited the 3 minute test in almost 5 months.

Looking back at how everything began I realize we really built a dream out of thin air. We were just a bunch of film enthusiasts wanting to make cool films but not really knowing where to start really. We didn’t know shit about storytelling, visual effects or 3D. But the test turned out nicely and encouraged me to think that our vision was very possible at a larger scale. 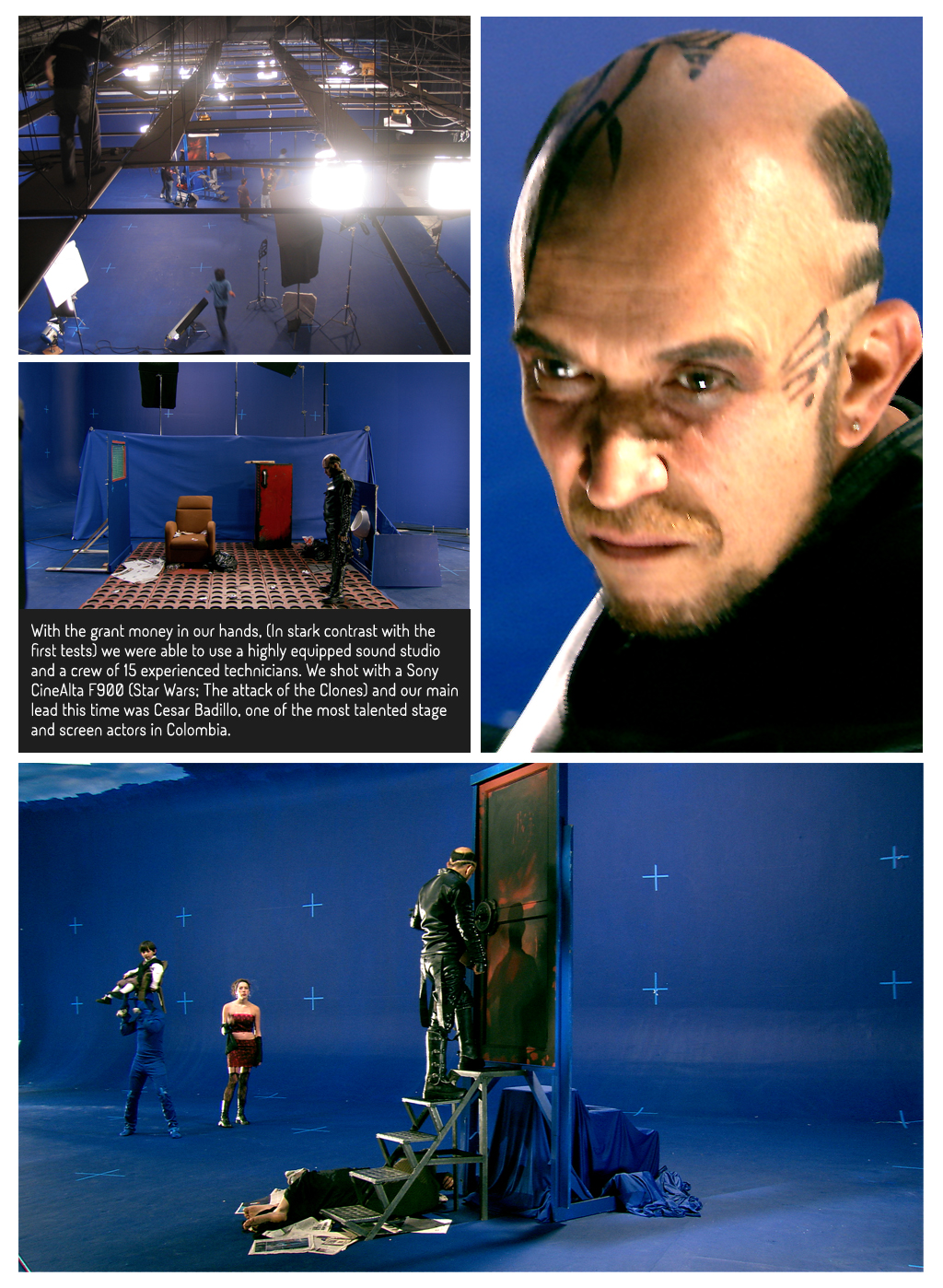 Since principal photography, I’ve been working on this film almost single-handedly between lousy day jobs and tedious freelance work. I haven’t been able to settle down either professionally or economically because this project is like a bad debt pulsating everyday at the back of my head.  But this ten minute film with its 6+ million polygon locations, and 60 special effects shots is a fond reminder that nothing in life is impossible. And gives to every day a meaning beyond paying the bills.

Our greatest feat ever would be to make other filmmakers relate to our story and be able to inspire them somehow with our experience. This blog is for all of you out there working behind McDonald’s counters, freelancing on potato chip ads, or editing Bar Mitzvah videos, for whom life is much more than a day job, and constantly get caught daydreaming about making awesome films, and entertaining the world.

14 COMMENTS ON THIS POST To “What’s this film about?”